Painture Collective helped Antoine Monod de Froideville to translate his artwork from a painting to a wall. 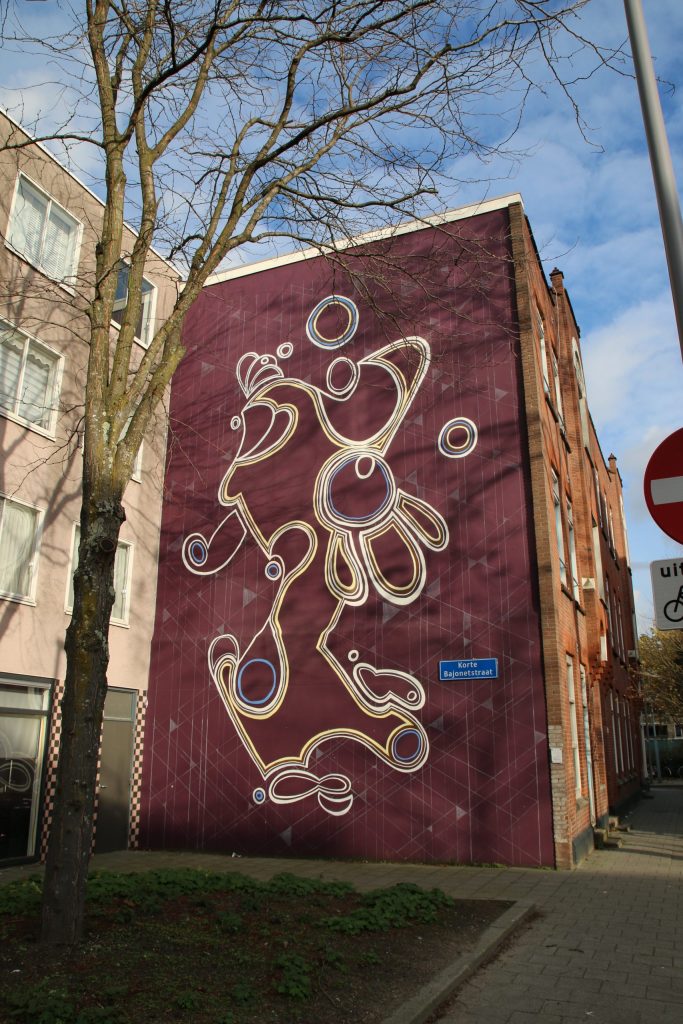 Antoine Monod de Froideville is an outsider artist from the herenplaats collective. Outsider art is art created by self-taught artists. In this case the artist also has an disability.

Antoine is influenced by the fact that everything exists by the grace of its opposites. In his work Antoine tries to integrate opposites that reinforce each other.His work is also influenced by Islamic art and the repeating patterns found in nature.