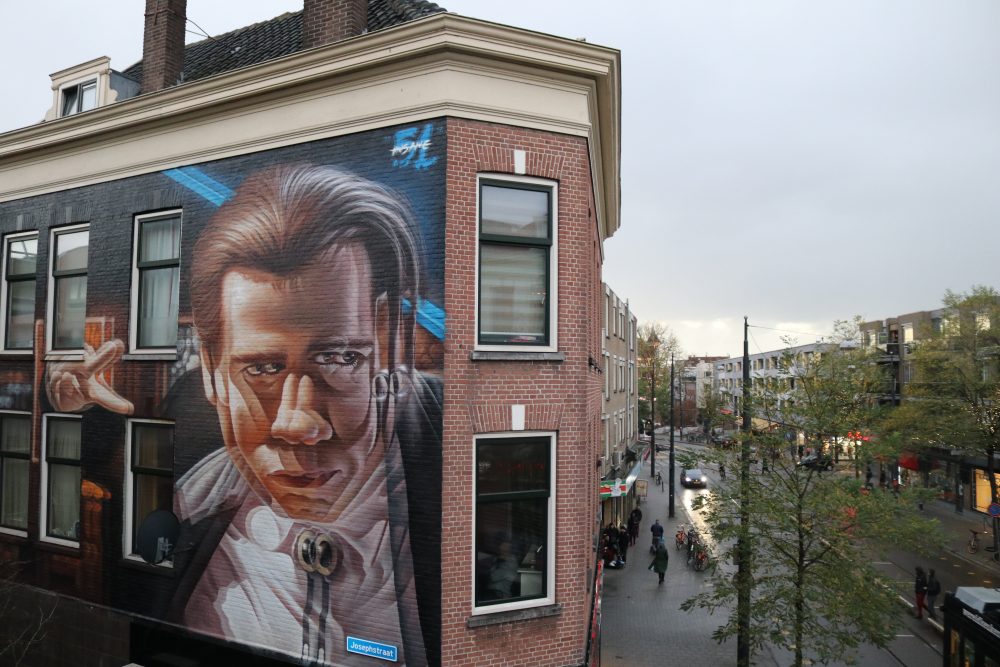 Insane51 started his streetart career in 2006 in Athens. Inspired by huge murals in the city he finalized his first own mural in 2007. At this point he was focused on portrayals and experimental techniques with forms and colors. Afterwards he started specializing himself in photorealism and overlay-murals what is his very own handwriting know. The name is program. The insane aspect of his artworks is the ability to place two murals on the same surface. What is you cannot see with the human eye appears if you look through a 3D glasses. This technique is only possible because of the domination of photorealism and the control of the colors. He has traveled and painted in many European cities and the Middle East. He is part of a Guiness world record for the Biggest Glow in the Dark Graffiti Scroll done in 2016 at Ras Al Khaimah, UAE and also part of the biggest tattoo studio and collective ‘Sake Tattoo Crew’ in Athens, Greece , participating in live paintings and murals.