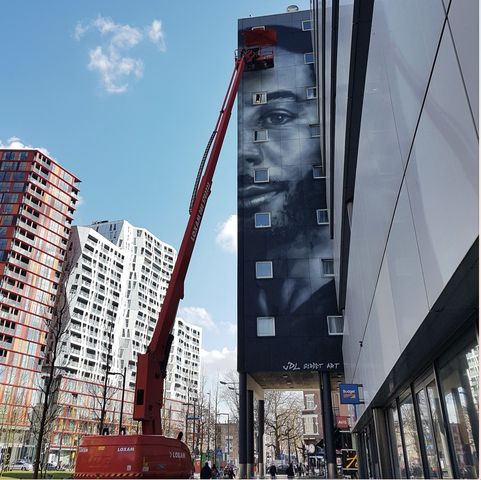 JDL Street art aka Judith de Leeuw started aerosols at the age of 15 as a rebel on the street. She was born and raised in Amsterdam, Netherlands. In 2015 she graduated in Art & Design which was followed by a one-year bachelor at the Willem de Kooning Academy in 2016. Her art evolved quickly, as she became an established artist in a very short period. Currently JDL travels worldwide as an international artist to realise her large-scale murals.

JDL uses her art to translate emotion, but the concepts are deeply themed around her surroundings and social issues. This is also a reason for JDL’s big love for public space. Her projects took her around the globe, including big parts of Europe, Asia, and the United States.