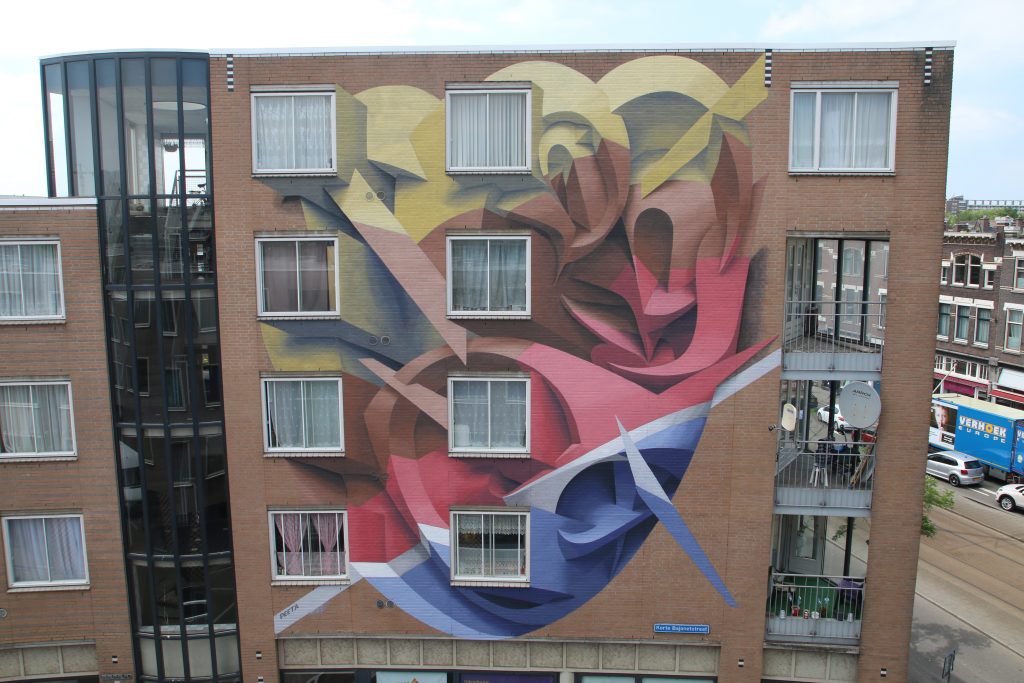 Peeta, also known as Manuel Di Rita, is a graffiti artist since 1993. He is a member of the EAD, FX and RWK crews and has participated in graffiti jams and Meeting of Styles events in Europe and America. His work explores the potential of sculptural lettering, both in painting and in sculpture.

Practicing his art since 1993, Peeta is known worldwide for his very unique esthetics. In his work, he endeavours to realize the sculptural quality of individual letters. He breaks them from their generic typographical form, stylizing them with shape and volume beyond its mere semantic function. His own lettering is brought into the urban landscape, where words are continuously ruptured from their own histories and readapted.